The first time someone told me I should write a book on parenting was in 1995 and I was sure they were crazy. When I sold my first essay on parenting later that year, I was certain the magazine people were crazy for buying it. In the intervening years, a great many crazy people have suggested that I write that parenting book. For some reason, people are interested in our peculiar path, and while I have prescriptive tendencies, this will be more a guide of What Not To Do. 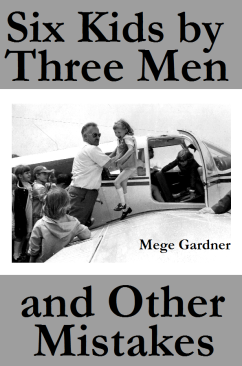 Currently, all my kids are highly functioning adults who are still speaking to me, so it seems like the time has arrived to push on with writing that parenting book. In fact, I may not be able to stop it. This thing demands to be made. It’s very bossy.

Poking around a bit to see what’s being done with such books, I find the need is there. While there are many books along the lines of Go the Fuck to Sleep and books on parenting written by moms who have not yet dealt with middle school, there is nothing like the thing I am forced to birth here.

I’m fairly frightened of it, so it’s turning out to be great stuff. 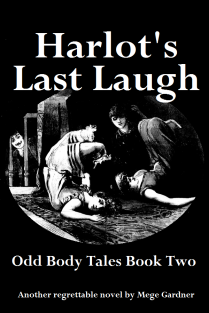 Hopefully, nobody is too disheartened that I am firmly placing Harlot’s Last Laugh on the back burner for the next year, but I am doing just that. She will happen!! A bit later than planned!!

For updates on the forthcoming pre-order or to fasten yourself securely in the ride that  some people call a Reader Funnel, I encourage you to sign up for my Newsletter.

As always, thanks for putting up with me, kids!!