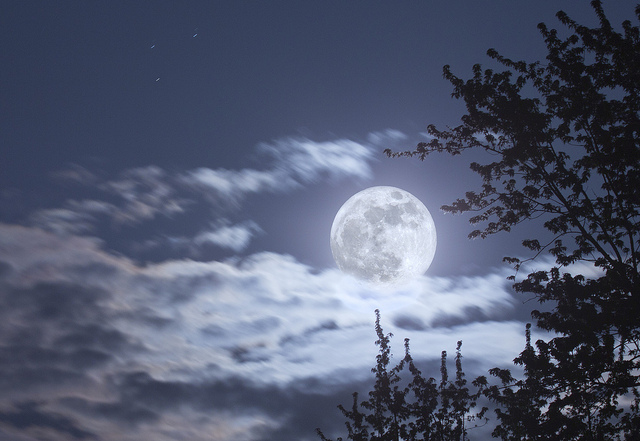 Because it’s closer to your eyes.

That’s ridiculous. When it’s rising and setting, It is not closer to your eyes. The moon is sometimes closer to Earth, but it’s not significantly closer when it’s rising or setting in relation to where you are on the Earth.

The “supermoon” occurs when the moon is in the part of its orbit that is closest to the Earth. It really is a lot closer at perigee than at apogee — the difference is about the same distance as a trip all the way around the equator of Earth (or four trips around the moon itself).

The thing to remember is that the moon is always pretty large. It does look bigger when it’s closer, and it’s closest once every orbit (27 days).

It looks bigger when you have a frame of reference, like trees or some other structure on the horizon, such as a giant robot.

Don’t be too discouraged if you miss an eclipse or other lunar moment. It’ll be back around again.