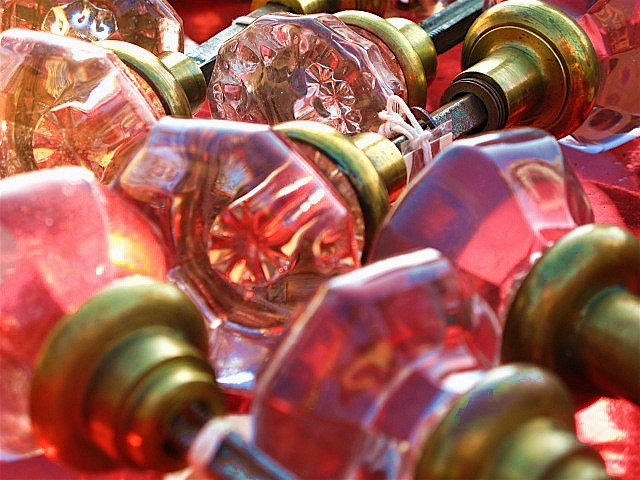 I used to have a good friend named John Doe. Really. Every now and then I wonder about him, but I’m not sure that you can find a John Doe, so I have no idea whatever happened to this John Doe.

He was an unusual person and he had a seamless amorality.

He was very, very clever and tore through school work as if he’d seen it all before. When we both had a troubling chemistry problem, John’s solution displayed a rare cunning, while mine had just balls-out nerve.

The chemistry problem was that our chemistry classes were taught by a drunk who made difficult material purely incomprehensible. John volunteered to work for the teacher, copied down the file cabinet model numbers, and wrote to the manufacturer to get duplicate keys. Then all he had to do was intercept the mail, which unfortunately meant two months of perfect attendance.

I never bought any answers from John, since I had my own method. Whenever the teacher was stuporously drunk and wandered into The Lab I just erased my grades in his book and put down what I thought I might have earned if I had learned anything. Twenty other kids watched me do this, and all they had to say was, “Could you do some for me?”

This concludes my digression into the reason that I don’t believe in tenure.

Anyway, John was the most clean-cut kid I had ever seen outside of an Osmond Family teevee special. His hair was always in place and his clothes had an eerie just-right fit. If he’d worn a tie, it would never ever have been skewed. He had an unusually healthy-looking complexion that made one assume that he had all his food groups at every meal with a whopping glass of milk alongside. Since John seemed to take to heart the idea that a nice boy should “let his smile be his umbrella” he was usually seen displaying his perfectly aligned teeth; teeth that were all exactly the same size.

We became acquainted during long school bus rides, and when he wasn’t scamming other students, we would talk about anything. We were under an increasing pressure to choose careers and colleges even though all of that was an impossibly far off four years away. I told John that all I knew for certain was that I didn’t want to be a postal employee. John countered that he’d always known what he wanted to do, he wanted to train to become a mortician. This explained his tidiness in a new and disturbing way.

Our bus rides came to an end after about a year, when I moved to my new house with my new family. We were what you might call a blended family, as if it were possible to smoosh a couple of teenagers and distracted adults into a home and call it anything other than a mess.

Initially, I spent a lot of time walking around the neighborhood alone, making my inspection, and then asking at home about the things I found. I didn’t ask anyone about the Burned House, however, because I preferred my own disaster fantasies.

It was a large, elegant-looking house, up on a hill, surrounded by a large yard and woods, like any good haunted house would be. From the street, it looked almost normal, since the windows had been boarded from the inside and the bricks walls were still doing what brick walls are supposed to do. The very first thing that one noticed, however, was that the roof was blackened and had caved in at the center.

John Doe came to visit that first summer and didn’t waste any time suggesting that we visit the Burned House. So we did. We didn’t have to be particularly sneaky about getting to it-the nearest neighbors were separated from it by acres of dense woods. I doubted we’d be able to get in, but while I was in the back, he found a way to slide the boards away from a side door and gestured at me to follow.

We entered at the kitchen, and it was the blackest, crunchiest kitchen I had ever seen. There were black pots on the stove, black dishes in the sink and over-turned chairs curling around heaps of debris. The place had a smell of ancient mildew and charcoal. I had never seen John so excited. He was alight with the prospect of a site autopsy, and I was also plenty pleased, myself. It was all just too too Nancy Drew.

The light from the central hole in the house was sufficient, but I found myself staying away from the corners as we moved through each room. The roof had been opened by a column of flame that erased the ceilings and floors from the basement to the roof, as if a gigantic suburban cookie cutter had stamped it out. The damage was clean and circular and only brushed against the uppermost flight of stairs into the attic. We were able to navigate everything but those with ease.

Apparently, no one had ever bothered to come back and sift through the remains and the house had an creepy completeness to its contents. We found prescription medicine in the bathroom cabinets and pictures (although bad ones) that could have been salvaged. Spongy, swollen books and papers had washed up in every room, and every larger room contained a ruined piano. It was evident that the place had been done up in hundred-year-old style, with silky wallpaper, beaded archways, chandeliers and faceted glass doorknobs.

The residents had been really crappy dressers, however. Either that or they had heroically rescued only the good clothes from the blaze.

John kept wandering off while I inspected closets: he was more interested in the damage than the victim profiles, I supposed. It seemed obvious that there hadn’t been any children in the house for a long time and the middle-aged mother had worn very few shoes. If the father was a slob, I couldn’t discern it, but I suspected it just the same.

I don’t think I felt at all guilty about browsing through the life of the Zapruders (the name on the prescriptions). It was like a repellent museum and I found it interesting to see a lifetime’s accumulation of things turned back into their pulpy and splintery constituents.

I was petrified when John decided to pick his way up that last flight of stairs. Five or six of the risers were halved and one was missing entirely, but he moved quickly and shushed my warnings like a suicidally dedicated junior undertaker on the trail of a really valuable body.

Hopping from foot to foot, I rehearsed my explanation to the police:

“I don’t know WHY he had to go up there, but he was up there a long time…*sob*…then there was this tremendous crash, and…and…Can I have a drink of water please?”

“Sure… but first we have just a few more questions,” the Sargent leans closer huffing his coffee breath at me. “The young man’s name was…?”

“John Doe,” I reply as my eyes begin to shift pleadingly to the other officer.

“Don’t get cute with me, miss. I know what you told him before-“

“And you are not going to sit there and tell me that you don’t know that young man. Do you think we laugh when nice, clean young men are lured into abandoned houses and killed for pocket pot money? Do you? Who do you think you are? Some kind of teenaged black widow??”

“No sir. Actually I thought I was Nancy Drew! You know, the wholesome yet inquisitive titian-haired role model of my earliest youth!”

The Sargent leans in even more to shout, “Where is the car?!?”

I try not to, but flinch anyway, “We…We are too young to drive! Honest!”

But this is just stupid, because none of that actually happened.

As it was, John came half-flying down those stairs a few minutes later, looking very pale and refusing to explain himself.

He didn’t speak again until we were leaving, and then all he said was, “Here,” as he handed me a dozen doorknobs.

He’d piled them up by the kitchen door while I was off browsing the squishy stuffed animals. He’d removed every single doorknob he was able to detach, just because I said I liked them.

When we got back to my house, I put them in my closet and gave him a big glass of milk in return.

We never discussed it again, but later I learned that none of the neighborhood kids had been inside the Zapruders’ house. They firmly believed that somebody had died there. The most dramatic version included a runaway wife, live-in poker buddies, gunshots and an arson.

My favorite version, although the most vague, came from Daddy Two: “When you have a houseful of drunks with guns and pianos, who the hell knows?”