Assuming that you are ready to stop saying no to all of them, I can help with this. There are certain behaviors that the unsuitable suitor will eventually display, so we just need to design a sturdy set of challenges for these guys and pay some attention to their coping skills.

Ding: Some guy, let’s call him “Woody” suddenly decides that your acquaintance is sparking a desire in him to date you. You can tell this has happened when he says, “I want to date you,” or “Let’s hang out,” or “Let’s go disco,” or somethinglikethat. 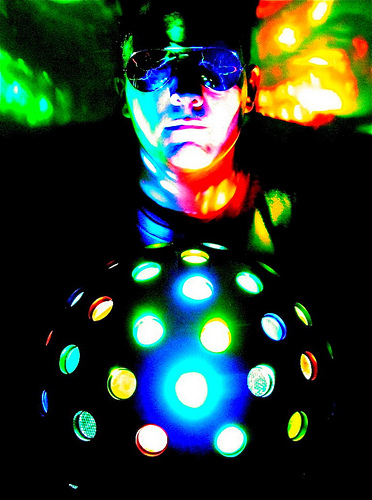 Coffee test   Do not address the question of going out directly, but tell him that you like a tall Starbucks’… and then rattle of the most complicated (or impossible) drink you can think of in anti-Starbucks’ order, like extra whip caramel macchiato half-caf soy tall. When he brings it to you, do not drink it. If he tries to persuade you to drink it, he loses a point. If he does not try to persuade you to drink it, test it and see if it’s correct, that would be plus one point.

Dessert   Rather than a “date” you can suggest meeting for a cupcake or a donut or some other small snack. If he snarks about junk food and tries to steer you to a lunch or dinner that’s minus one. Keep the outing brief and talk about pets or animals. If he interrupts you to talk about his hamster, that’s minus one. If he asks appropriate questions about your adventures with reptiles, that’s plus one. If he offers to pay or doesn’t–-who cares–it’s a cupcake.

Window shopping  The next outing should be a bookstore or some other browsy place. He may make attempts to impress you here, that’s fine. Everyone likes to make a good impression, however be aware of bullshit. This is not the time for it. Little doses of puffery might even be plus one, if you think it’s called for. Any claims to mastery would be minus one.

Eating something  Brunch or lunch are probably fine if you are still interested and he isn’t into negative points yet. You can learn a lot about his attitudes toward people by watching how he treats waitstaff. Is he a crummy tipper? You’ll never know if you buy the meal, so figure on buying the first one if you want to do this more than once. Does he berate the waiter or waitress or treat them with humanity? Points possible: +2.

Talking about exes  Don’t go into detail. If he goes into detail, remember you are not a therapist in this setting and deduct a point. If he or anyone else points out that he’s not getting over the last break-up (or two), that’s minus another two points. If he’s too probing about your past relationships, also minus one. If he refers to his exes as a “buncha bitches” that’s minus 5.

Mommy issues  This one is near and dear to me, of course. Pay attention to the level of involvement he has with his mother. If it’s the opposite of the level of involvement you want with him that’s minus 5. If he seems to have a healthy, balanced relationship with his mother, not to be too Freudian (ew!) but that’s plus 8 subject to verification.*

Mental health  Additionally, any signs of serious mental health problems regardless of his sexipants appeal would be minus 10. These would include threats of suicide, substance abuse, talking to invisible people and generalized air of danger. If he seems healthy, that’s good, but no added points. He could be faking.

Physical contact  You should be the one to initiate any physical contact until he’s reached boyfriend status at which time you can negotiate. If he grabs at you that’s minus one and then minus two for each attempt after you have told him to leave it to you. Feel free to deduct extra points for any added creepiness in this realm. If he’s thoughtful and responds appropriately and patiently that’s plus five. (Use your judgment and don’t rush. Sex is totally way after cupcakes. That’s obvious mom advice, innit?).

Employment  He needs to have a job. Sorry, I know this may seem too harsh, but seriously. Even if he’s in school or working towards a grand vocation he needs to be showing up some place regularly on time.

Etc.  Beyond whatever you find out about him in the course of several outings, dates, whathaveyou, you may begin to realize that there are things beyond sexual orientation compatibility that are really important to you. Don’t compromise on your top things–again no matter what his sexipants tendencies are–these things will be like tiny seeds of sadness.

Dating is hard. Love is harder. Loving a jerk is the worst.

* Note: I believe that if he’s truly plus 8 on the Mommy angle AND he blows yer skirt up, so to speak, marry him.