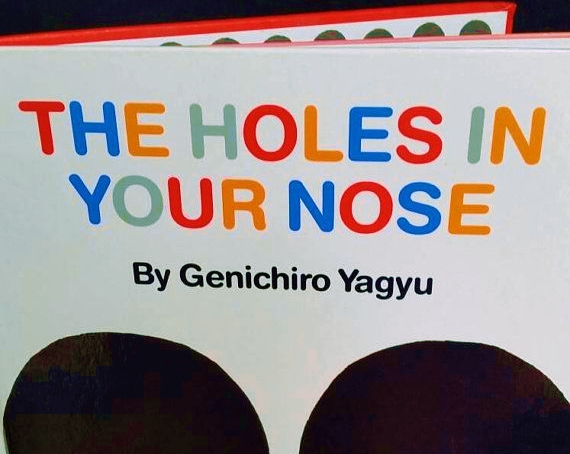 When her big sisters tried to tell me that the baby had a blue thing in her nose, I ignored it as another random Fruit Loop warning. Hours later I sighted it myself. It was no Fruit Loop.

I held her upside down and examined her nose in the fading sunlight.

Baby Bo was terribly strong by then, and it didn’t take much experimenting to recognize that I couldn’t extract the nose thing alone without doing more damage. All the same, I pinned her down a few times and tried to suck the thing out with a turkey baster, just to be sure that expert nose plumbing help was warranted.

I made the decision to take her to the nearest Emergency Room and began to ready everyone for a special episode of Disrupted Dinnertime.

Her dad was trapped in an unusual technical bog and was going to miss most of the action.

Complicated child care was eventually arranged, and throughout the delivery drive, the big sisters argued. They argued about who was louder and about who had the moon on her side of the car more often.

The moon fight wasn’t even the dumbest argument they had had all day.

The dumbest argument went something like this: “You hit my eye!”

I felt relieved to arrive at the emergency room with only Bo, and it was an even greater relief to find our local ER wasnot hell on earth–at least not at first glance.

The waiting rooms were fully upholstered in supposedly soothing pastels, and the shortest wall (or perhaps the entire area) was built as a tribute to the memory of Herbert “Lefty” Goodeed.

In essence, it more resembled part of a remodeled airport that served the clumsy rather than a bus depot after a bad wreck. 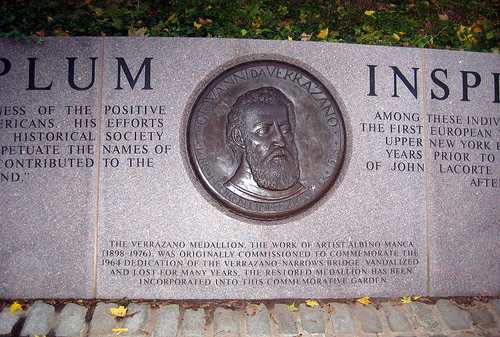 There were a dozen parties ahead of us, and a few of them were still waiting to be assessed by the triage nurse when we arrived.

A serious case came in just after us, and as if by silent signal, the triage nurse appeared to usher them past the Pesky Paperwork directly to Medical Attention. I suppose he really did have “labored breathing” so I didn’t complain, but that doesn’t mean I didn’t MIND being knocked down the triage tree.

When the nurse returned, she started to quiz each of us, presumably to make sure that none of us believed that we were bleeding to death.

This nurse wasn’t going to let anyone murmur their complaints discretely: we were to announce them for everyone, and then let her bark them back for accuracy.

“So you slipped in the SHOWER and got a Talking Ken doll lodged in your RECTUM–is that right?” she would have said. “Why don’t you give us a peek real quick. Don’t be embarrassed! You don’t know any of these people, do you?”

As it was, we had a little boy with a big splinter, a big boy with a wrist on ice, a little girl with a forehead gash, and two men with neck pain who were not traveling together, in fact, the men were the only ones who didn’t have a parent handy. Last of all, the nurse looked at me and asked why I was there with Baby Bo.

“She stuck a thing in her nose,” I said. Everyone laughed.

“She picked a bad night to stick a thing in her nose,” said the nurse, “What sort of thing is it?”

Signed in and committed, we began the official waiting period after about a half an hour of waiting to wait. Bo couldn’t be tempted to sit in a chair, particularly with the chance to pound her sneakers on shiny hall tiles, so she stomped all over the first floor of the hospital. I followed her at a respectful distance, just to be sure that she didn’t hop an elevator or try to “scrub in” somewhere.

When she orbited back to the waiting area, she pulled herself up to the bullet-proof admitting window and tried to interview the aides:

“Embweee? Hal-oh. Deebweh beedoo?” They ignored her for as long as they could, but she was using her most forceful cuteness ray. Once they said hello, she said goodbye and the orbit began anew.

Now I am accustomed to watching small children for long periods of time, so this wasn’t as hard for me as it would have been for a one-legged aunt. Bo is a very entertaining little creature.

Both of the times I became bored I was immediately snatched into the clutches of panic, because whenever I became bored, she would vanish. Thus, for every two hours of stomp-stomp-stomp and exploration there were two seconds of pure parental terror. Typical.

The rest of our family appeared long enough for the girls to buy us snacks.

Finally, with snacks, Bo was ready to sit still for a little while and watch “Melrose Place.” I was deeply confused by “Melrose Place”, although she seemed to understand it perfectly. Haven’t some of those characters been twenty-five for fifteen years now? Does using the same story lines over and over stop the aging process?

While I mulled on these things and Bo munched on her “quackers”, Splinter Boy’s dad arrived. Splinter Boy lounged patiently with his foot up as Mom tried to explain in hushed tones.

Dad reached over and yanked the big splinter out of his son’s foot.

They left in a flurry of whispers.

I felt some sympathy for Splinter Mom, but I was envious too. Nobody was going to swoop in and yank the thing out of Bo’s nose. Maybe she could have a cataclysmic sneeze…

And suddenly — something was wrong. She had a little shiny object in her hand. As I whooshed to her side and scooped her up, she began making spitting noises. A small hard thing slammed solidly against the end table.

Then the SMELL hit me next. She blew huge, fruity, wet raspberries in my face and exclaimed, “Bleh!” I studied the little glass bottle that she’d thrown down. It was a container of concentrated sour apple air freshener, half of the concentrate remained in it, and half was apparently on or in my baby. Judging by her soaked and smelly sleeves, most of it was there.

I wondered if a poisoning would speed our progress, but the air freshener bath and gargle didn’t have any detrimental effect–other than transforming her from a cheerful and friendly angel of destruction into an aroma terrorist. She continued her rounds, and marched around and over the chairs crowing at her favorite patients.

Sometime during the fourth hour, she began to play pick up sticks with our pretzels in the hallway. I knew I was getting tired. I was compelled to explain to every passing stranger that my baby was not actually eating off the floor.

She was getting comfortably familiar enough to let some of our fellow wait-mates hold her, briefly, and she even spoke on the phone with the father of the Wrist Boy. Well, she didn’t exactly “speak,”, she just sort of wafted her horribly fresh apple breath onto the receiver.

When our turn finally came, someone actually said, “I hope everything comes out alright.”

Bo and I wrestled in and out of a small examining room. I couldn’t quite believe that they would ever see us if I closed the door, and she wouldn’t stay if I left it open. It took her about one full minute to climb down from a swivel chair and stomp out into the emergency room corridor. We did that many, many times before she started to wail. I held her, but she fought me and cried louder, so I grasped her in a sort of livestock hold in the corridor until someone acknowledged us.

“Haven’t you been seen?” a nurse asked.

“No,” I said, moving toward her with what I hoped was an intimidating speed, “We have not been seen. We have been here for over four hours now, and if we can’t get this thing out of her nose very soon, you’ll have to admit *me* for exhaustion. She has reached critical mass and so have I.”

The lone doctor peered at her nose briefly, and announced that we would need a larger space to work on her–for elbow room. Wisely, he did not underestimate her thrashing abilities.

With difficulty, Bo was papoosed–strapped like a velcro mummy to a miniature surfboard. One grubby little hand was left free for me to hold while I talked to her. She didn’t hear me, since she was busy screaming and only stopped screaming long enough to get a big lung full of air to scream some more.

The doctor focused a big light on her nostril and approached it with a thing that is best described as a nose funnel.

The purpose of the nose funnel, I think, is to gently stretch the nostril. It didn’t seem to do much for Bo, although it did make her nose look exceptionally tiny. He tweezed at her twice before he pulled an impossibly large blue bead out of her and showed it to us.

Driving home, at midnight, I reminded her that stuffing things in her nose should be saved for emergencies or for situations where large sums of money are at stake. I reminded her that under ordinary conditions, her nose is not a pocket , even if she might be able to get a billiard ball in there.