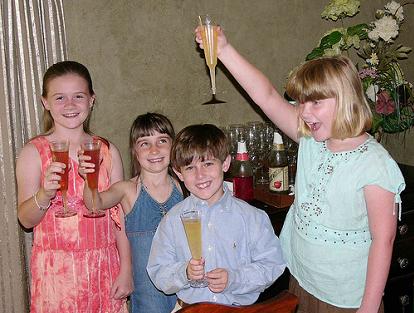 Even though the rates are reported to be down for various drinking patterns, teen-aged survey subjects have been slurping away at a pretty alarming rate. And even if 4 out of 10 haven’t tried drinking, about a third of those who do will admit to a recent binge. That’s twenty percent of your school, bingeing. Imagine if everyone in the marching band were twins–that’s not even twenty percent.

Teen drinking must be one of those stories that is so chronic that there isn’t a lot of shouting about it on the airwaves, but the National Institute on Drug Abuse has published survey results right there on our world wide webby thing. [Update: the data are still terrible for 2013]

It is entirely possible that teenagers are just so wacky that no one can tell if they are simply high on their own hormones or on someone else’s drugs.

If it’s difficult for medical professionals to spot problem teen-aged drinking, what chance do parents have–particularly when the discovery is as problematic as substance abuse?

Just don’t get in a car with any of those bingey twins, okay?