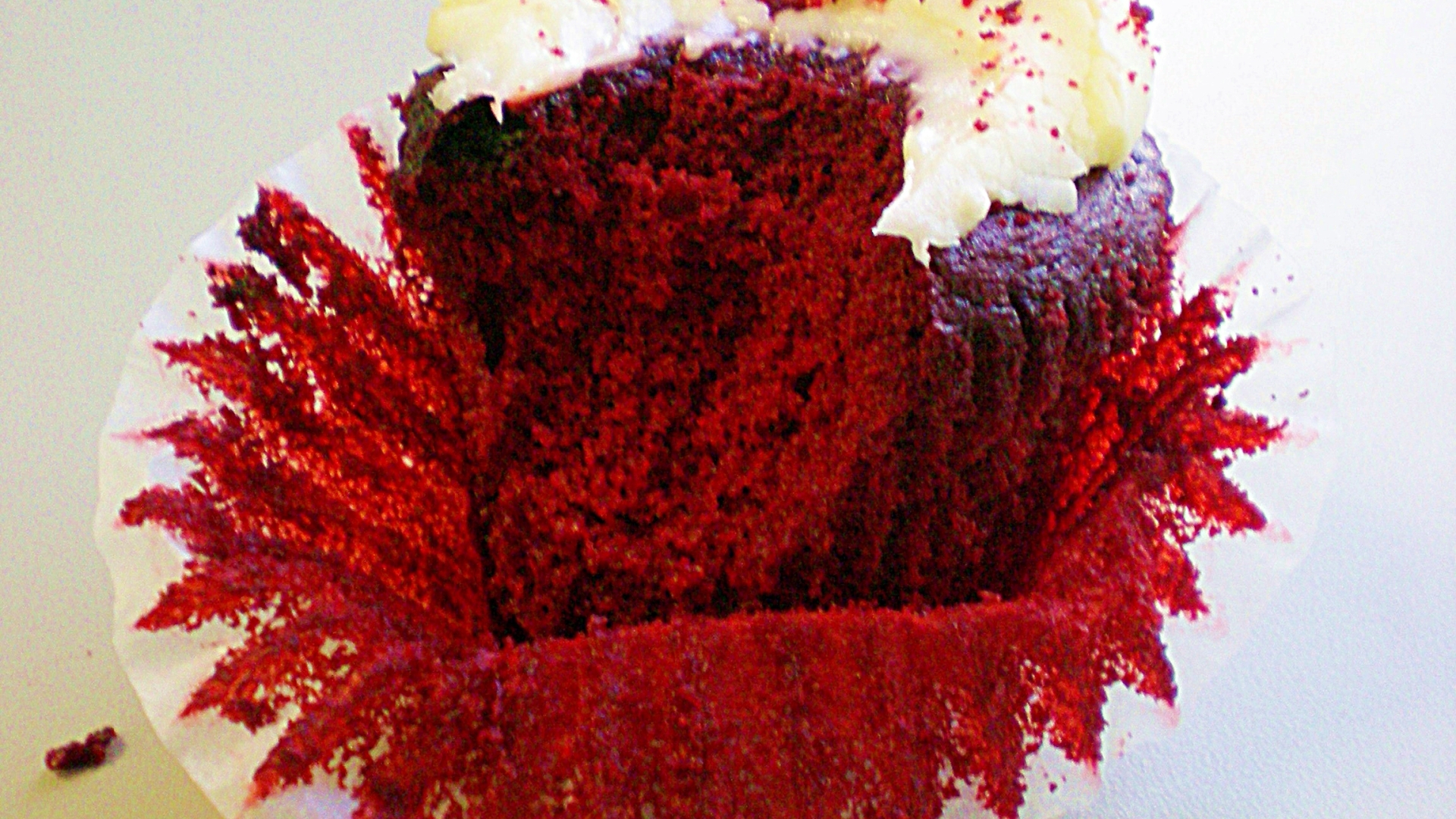 It wasn’t what most people would classify as a massacre, objectively there was only high anxiety and the threat of mutilation. The real harm in the entire episode was that I lost thirty minutes and never did get my coffee. At least, that’s the harm so far.

Nobody agrees exactly how I should have reacted, but any alternatives have expired. I did what I did, because I did.

It’s shocking how easily a non-event became an event.

That morning, I took Yersis to the quick clinic to get her sore throat tested. Other than the gagging, the visit was as quick and pleasant as such a thing ever is. Her swabber was a generous and cheerful soul who measures her days in the number of ears cleaned and temperatures recorded. Beeps and clicks and human foibles. Next!

Iced coffee seemed a natural coda to our outing, particularly for her sore throat. So, I squeezed our car into the last possible slot in a crowded drive-thru. We began fussing with the cluttered console, the sunglasses stowed, the water bottle stashed in a door  pocket, the dollar, no two– thump–the car in front of us bumped.

Somehow, our car had rolled uphill and tapped the car in front of us. Collision avoidance is aggressive in this model, except when an actual collision is happening, apparently.

Reflexively, I backed up until I could see the back of the other car clearly. Whew. No damage.

My first and only car accident occurred before the print was dry on my driver’s license. It was the only previous accident caused by me, to be more precise. I neglected to look before barreling across a country road and my bumper was nearly peeled off by the tiny car that hit mine. Old cars can crumble alarmingly on impact, but this was not that kind of accident. This wasn’t even what I would call an accident.

The other driver stalked around his car and glared at me. I mimed a huge shrug and “I’M SORRY!” through my windshield. He wasn’t having it. He seemed very angry, and at first I was puzzled by this. The bump must have scared him and for that I found another wave of apology. I am such an asshole.

The other driver was urged to move forward by a trainee barista. He moved his car forward but then popped back out to yell at me. I kept my window up until he reached the side of my car. I apologized again and he brushed it aside to demand my information.

This guy clearly was accustomed to getting his way by intimidation so when I said, “No,” he ratcheted up his volume and general derangement. This solidified my decision to skip the part where I provided my name and address. “No,” I said again, “There’s no damage.”

Yersis began to whisper a chant, “Just do what he wants.”

While he was accustomed to his routine working, so was I. Being reasonable and compassionate with upset persons is my job, well, at least part of the time. Strangers do not yell at me and get what they want, strangers don’t scare my kids and just go about their day, either.

“I’m calling the cops if you don’t give me your insurance!”

“Really? You are really going to call the cops?”

This was the decision that I think now was the mistake–not pushing back–that was not the mistake. The mistake was framing the situation as a teachable moment for anyone. In deciding that I wanted yersis to understand how car accidents work, even though it was not what I would call an accident was not the best choice.

“MOVE YOUR CAR!” he shouted while standing directly in front of my car.

“MOVE YOURSELF!” I was no longer calm or particularly adult.

At this point, I should have driven away. I was not leaving the scene of an accident if there wasn’t any damage, was I? (Later a couple of alleged internet lawyers assured me that it was an accident, even if only a bumping accident).

We ended up blocking the temporary pick-up parking, his car in front of mine. He rummaged in his trunk for a long interval and I locked the doors, considered leaving again. This guy was showing all the signs of being irrational and furious, and craziest of all it was directed at me, the most harmless mom he was likely to ever have a dispute with.

He made a call, but I wasn’t so sure it was the police.

Coffee fetchers glared at us and the inconvenience we represented to their timely mornings. The barista brought him a coffee.

I was seething. We were already late and this was so stupid.

What would an entirely loving person do with this mess? Should I pretend to be a minister and offer him a hug and a prayer? That didn’t seem wise.

I couldn’t get a grip on my anger, actually. It was impervious to breathing exercises or the kind of breathing required to explain the psychology of the situation to Yersis. She said she was scared. I assured her that I had things in hand.

Finally, I got out of the car. I took photos of the lack of damage and then walked over to Corporal Belligerence. “Did you really call the police? I need to get my kid home and get to work and since there’s no damage–”

“Then you don’t know there’s no damage! You could have just given me your insurance! You’re lucky this is my wife’s car! If you just got out of your car like a normal person instead of sitting there like an asshole–”

“OH? I’m the asshole?” I got back in my car. He just stood there and glared when he wasn’t pacing. There was no talking to this guy.

Cheerful twin pals of Yersis walked over, bright little buttons. They both have been driving for a couple of years, but had never seen a drive thru massacre before, so they were curious. They giggled at our predicament and went on to collect their coffee and their normal twin days.

Even then, I was still so angry that it took a long time to realize that I could independently verify what this clown was claiming. What if he hadn’t called the police but called some of his friends–maybe also some twins–to prevent me from leaving or something? The urge to get away from this guy surged again.

I called the non-emergency number and chatted with the dispatcher. Yes, a car was on the way, yes I should wait at the scene of the accident. A patrol would arrive just as soon as it could safely get to us. The idea that a police officer could get hurt rushing to the scene of this bunch of nothing appalled me.

The patrol arrived shortly thereafter. He stopped at my victim’s vehicle first and then approached me. I handed over my paperwork and when he returned it, he smiled at me. “Did you get photos? He’ll report it, and the insurance company will tell him to pound sand. Have a nice day.”

I did not have a nice day. Yersis and I agreed it was best that Yerdad was not involved in this. The escalation would have made the news.

Surprising only Yerdad, the guy I “hit” had already reported the accident to his insurance company by the time I arrived at the office. Yerdad researched to tell me that and also that my pugnacious pal was a dangerous felon who sports a serious weapons charge on his record.

Huh. A different frame snapped into place for my recollection.

Yerdad insisted that I should have called the cops first, but even now the idea of some suburban SWAT situation pains me. I would get banned from my favorite coffee shop at the very, very least.

Here I’d been so irked with myself that I couldn’t control my anger, when in fact there was a very real reason to accept the gift of fear and a real reason to get the fuck out.

That wasn’t anger and I wasn’t only pissed off. I was frightened for myself and my teenager; she even said she was scared. The pounding heart and confusion should have been loud and clear. Why didn’t I get the message? Have I forgotten what real fear feels like? Apparently so.

So, for you, safety kids, maybe ride the roller coaster and visit that visceral fear once in a while. You don’t want to forget what it feels like when you need to listen to what it’s telling you.

Update: I’m cooking up a new book, Six Kids by Three Men and Other Mistakes. For pre-order info, just subscribe to the newsletter! XOXOXO

2 Replies to “Not Exactly a Massacre”